Opening its doors in 1931, Northeast DC’s Union Market was once the largest market of its kind in the country. For nearly a century it has served as one of the District’s most significant hubs of local food distribution and multicultural family businesses. The market originally featured large, airy, well lit indoor stalls for hundreds of vendors, cold storage vaults, elevators and a public café. Vendors sold meats, fish, dairy and produce six days a week.

Once one of the largest markets of its kind in the country, Northeast DC’s Union Market remains a unique multicultural institution in the District, full of rich history and directly situated at the intersection of an array of changing economic and social tides in the city. Businesses today continue to be operated by a diverse multitude of family proprietors, running African, Caribbean, European and Asian shops. While the demographics have changed over the years, the importance of the Market as a place for families of many cultures to establish their lives in the District has always remained constant. 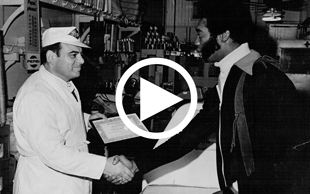